The magnificent wedding of Jennifer Lopez and Ben Affleck took place in July, 2022. After the ceremony the couple went on their honeymoon. Jennifer Lopez changes outfits and manicures while Ben Affleck accompanies her everywhere. The actor looks a little bit tired, but is it possible that’s all because of the honeymoon? Let’s put all the evidence together and find out how Ben Affleck feels about his marital happiness, as well as what his happy wife thinks about it.

After the wedding celebration the sweet couple went to the city of love Paris for their honeymoon. The children from their previous relationships also arrived there. 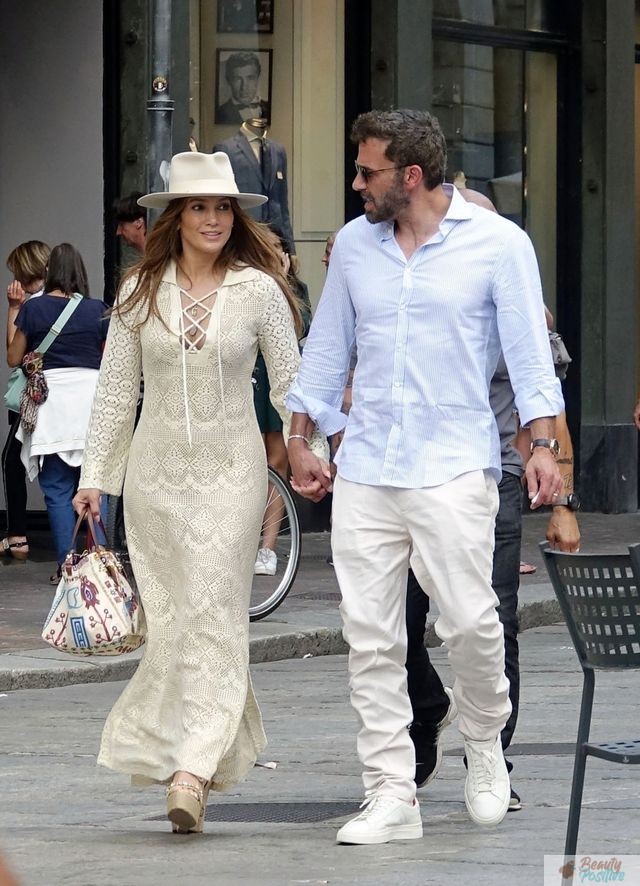 The paparazzi caught a sweet couple surrounded by their children in a cafe, on the beach, walking along the streets. Violet Affleck, Ben Affleck’s daughter from Jennifer Garner, was often spotted with them. The girl looks impressively similar to her mother, which temporarily distracted the public from the star couple’s honeymoon.

During the first month, Ben Affleck looked quite cheerful, although he was a little tired in some of the photos. At the same time Jennifer Lopez beamed with happiness and enthusiasm.

To this occasion,we can recall the popular photo in which Ben Affleck fell asleep peacefully on a yacht while everyone else was having fun. We can assume Ben Affleck just wanted to relax, because the family life takes so much strength and energy. 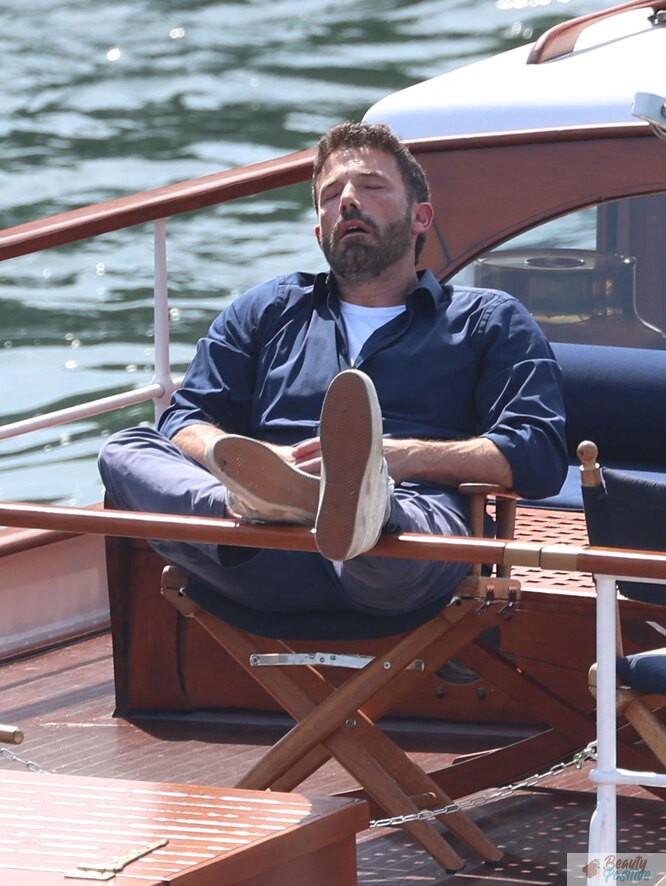 When honeymoon journey is over

The couple did not linger in Paris and went to Italy. The couple was photographed in Milan where they held hands gently. Insider sources said that Ben Affleck is very in love, and Jennifer Lopez just glows with happiness. At the end of August the couple celebrated the end of their honeymoon in Europe with a romantic dinner at a restaurant. Ben Affleck photographed his wife for a home album. They then went to USA in a private jet. 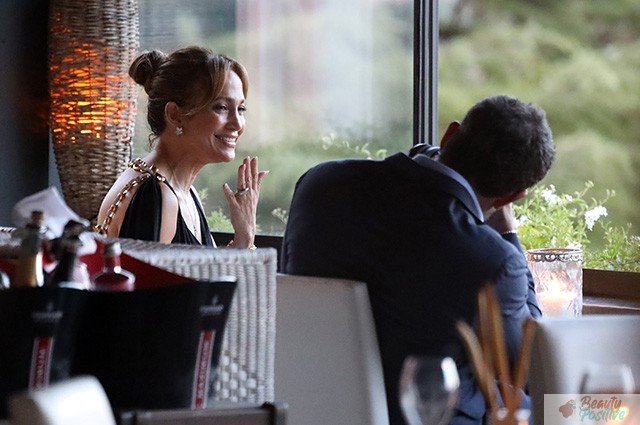 In September the couple was spotted in Malibu. They continued to spend time with their children. Jennifer Lopez took her daughter Emma and her son Max to the Malibu festival. 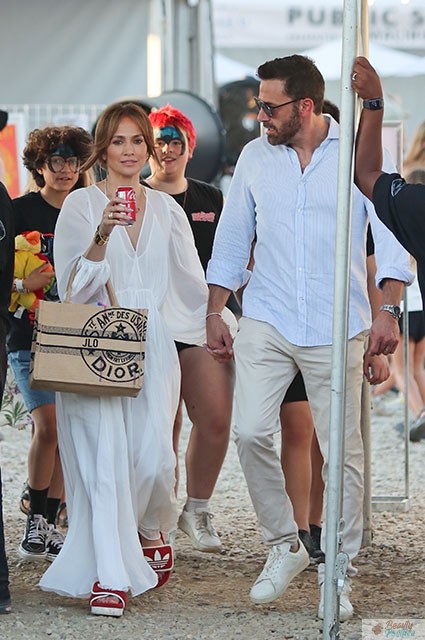 Then the paparazzi photographed celebrities at events in Los Angeles where they look happy together. There was no trace of Ben Affleck’s summer tiredness. Fans of the couple noticed celebrities even dress in a similar style. This is evidence of a close relationship or that Jennifer chooses clothes for Ben.

In October the pop-star and her new husband attended the Ralph Lauren show, were seen in a restaurant in Beverly Hills, as well as on the streets of Los Angeles. By the way, the singer was in a dress from Ralph Lauren at the wedding ceremony and the show is important for her. 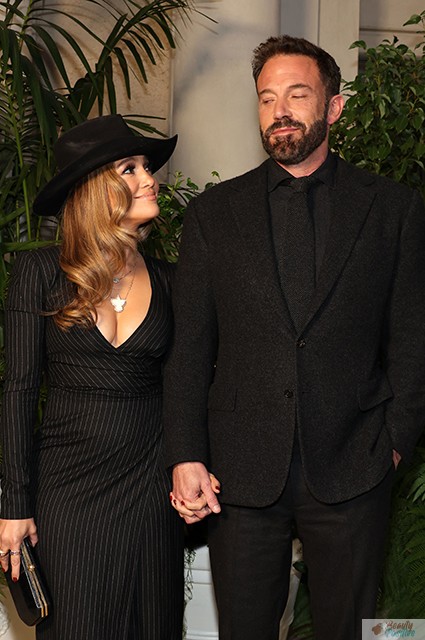 For the event the couple chose black outfits from Ralph Lauren in the same style and looked extremely happy. Inside sources said the couple tries to keep on their honeymoon. It is obvious they are really in love. But is it? 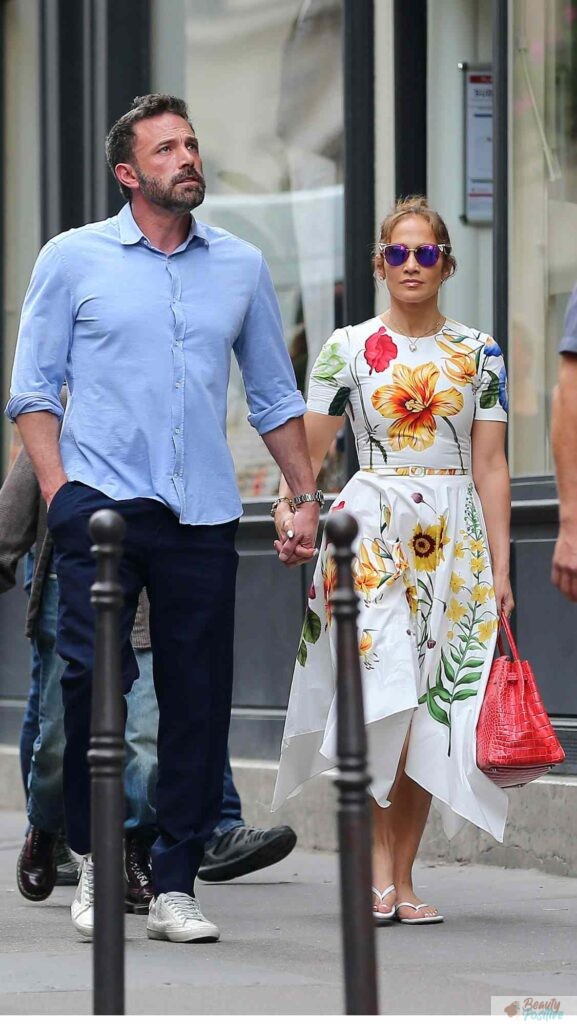 Jennifer Lopez’s ex-lover, Alex Rodriguez, spoke about her wedding to Ben Affleck in an interview with Chris Wallace. The former baseball player said he wishes Jennifer and her children all the best. He added that the relationship with the singer was a good experience for him. Finally he said that he was taking risks, but he would still say that he was glad not to be Jennifer Lopez’s husband. 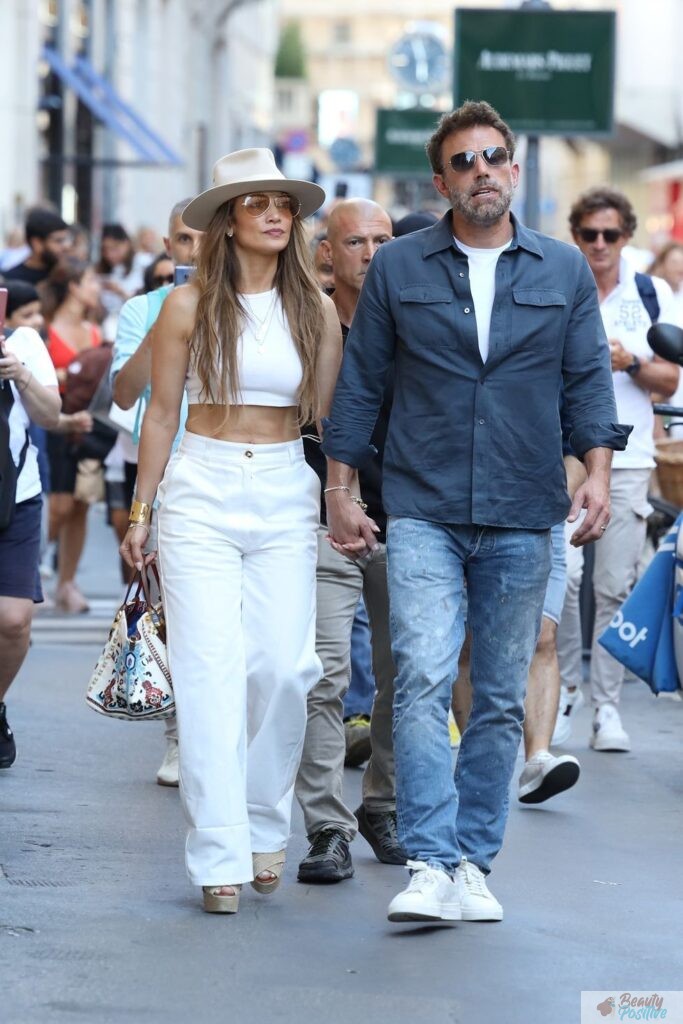 We’ll never know why Alex Rodriguez is glad to get the hell out of his relationship with Lopez, but we see that Ben Affleck has such a tired face in some photos with his adorable wife. At that time Jennifer Lopez looks so much happy like her big dream came true unlike Katy Perry. Even Barack Obama congratulated Ben Affleck and Jennifer Lopez on their engagement. It was a big step for Ben Affleck, we hope that he won’t regret it;)

We just returned from a Turman family reunion. The people in attendance were descendants of Manford Cleveland and Sarah Elizabeth Turman, who had homesteaded...
Read more

What to Wear for Branding Sessions

Depending on what branding sessions you decide on will depend on how many outfits to include. My biggest tip, first and foremost, is to wear...
Read more