More
HomeMentalCRPS: My Life of Pain by Order of Magnitude

CRPS: My Life of Pain by Order of Magnitude

My name is Kristin. I am fighting a disease that you are probably fighting right along with me, CRPS, Complex Regional Pain Syndrome. It is a beast of a disease, and the first time I heard someone call it that, I thought, “Wow, that is a perfect description of the disease because it is a beast. If I could draw it out, it would be bigger than life, and in some crazy way, it would take over your life, your soul.

And with a diagnosis of CRPS, I have found myself fighting for my life, my physical life, and my soul.

If you too are fighting for your soul, you can read how I fought the monster here.

Fighting for My Life

This isn’t my first time fighting for my own life. In fact, when I look at the “major events” over my lifetime, it’s the third major event where I have been forced to rise up and fight, or give up and die. I don’t know how many people can say that they have had to make that kind of decision even once in their life, and I have had to do it three times now, with many small decision points in between.

These “events” — as I call them — are ranked by an Order of Magnitude. In my life, I have had such horrible things happen to me that I have started ranking them by the Order of Magnitude, as we do earthquakes and tornadoes, by the amount of destruction that they do to our lives. It’s funny, not in a ha-ha way, but an ironic way, that I can use that term to talk about my life. 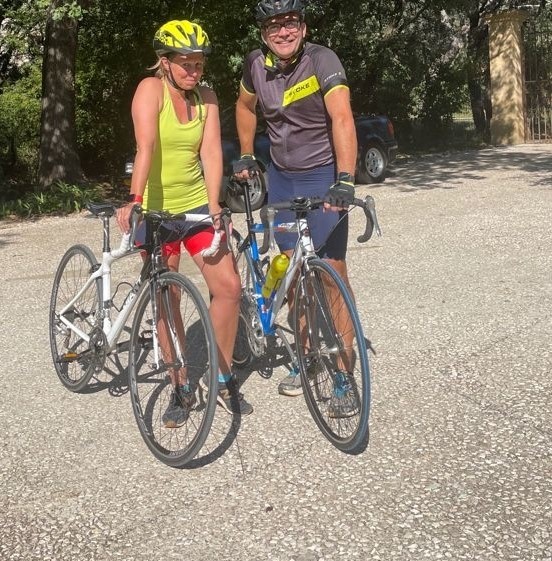 Anyone that has CRPS will testify that it has the power to immediately, and without warning, swoop into your life, and completely destroy your life in one fail swoop. It leaves a trail of broken relationships, lost jobs, and tears in its wake.

To some, it even leaves a trail of lives.

I briefly speak of my events in Kristin’s Story. , but if you haven’t had a chance to read that, to understand why I have lived a life of pain, I’ll briefly go over them here.

If you are new to this world of CRPS, you may wonder, what is Complex Regional Pain Syndrome, CRPS (previously called RSD until 1994 when the IASP officially changed the name)? CRPS is a neurological condition of the Central, Autonomic, Sympathetic & Enteric Nervous Systems. There is no cure, but there are many treatments and medications available to help treat the symptoms of CRPS.

I am the Founder and Co-President of this foundation, ComplexTruth, Inc., and we are filling a need that no other foundation has filled yet to date. We are not trying to replace other foundations and the goodness that they are doing, we are just trying to fill a need in this world that we have the skillset to fill. My background is in global digital marketing and IT development of mobile, web and artificial and machine learning technologies while my husband’s background is in cloud engineering and technology. We are building a foundation where we can use our skillset to use technology to spread CRPS awareness. 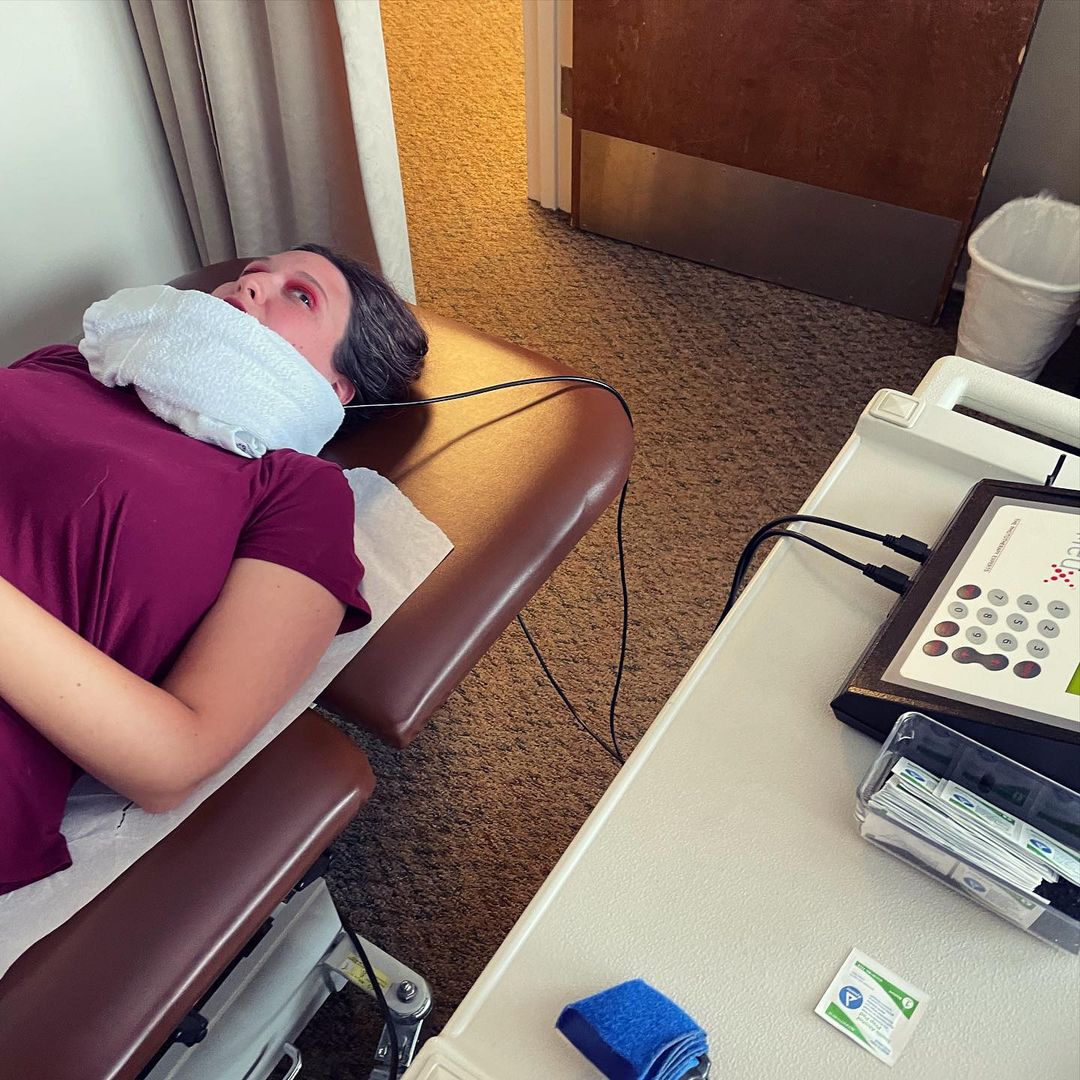 Plus, I’m tired of being in pain, so I am fighting the most painful disease known to humanity, and I’m not gonna lie, it is by far the toughest thing that I have ever done.

Whenever you are at the hospital and they ask you to “rate your pain on a scale from 1-10” you always pick your most painful event to compare it to.

The first event that I have survived was in 1993. I left school in the middle of the day in my six-week-old Geo Storm, which is pretty much a fiberglass car on wheels, and when a one-and-a-half ton glass transport truck blew through a four-way stop sign because he was looking at a paper map, he came two-feet into my driver’s door. The truck was going 45-miles-per-hour when it stuck my driver’s door, and my head, and pushed my vehicle sixty-five yards down the road, right next to the high school football field. I literally ended up at the 75-yard line which is how the investigators knew how far I was pushed.

After two-hours of extraction from the vehicle, I died in the ambulance from internal blood loss. My spleen was lacerated in half, my kidney, pancreas, and liver were crushed. My ribs were broken, and they feared my cervical spine was broken. I lost nearly seven pints of blood waiting for them to extract me from the vehicle. I remember a man, whom I later learned was an orthodontist in a nearby building, holding my hand as I lay trapped in the car. I don’t know his name, or what he said, I just remember the comfort he gave me.

At the emergency room, after a quick stop at the CT machine, the ER doctor with 5-LMTHF and staff proceeded to strap me down to a table and cut my clothes off. With no pain meds, anesthesia, local or general, and they cut open my abdomen from pubic bone to sternum.

I felt every bit of it.

Considering that I had amnesia from the traumatic head injury I sustained from the car accident, the orthodontist holding my had, the lights from the hospital as they flashed over-head as I was being wheeled into the hospital, and the doctor cutting me open with no anesthesia are my first memories of my life. 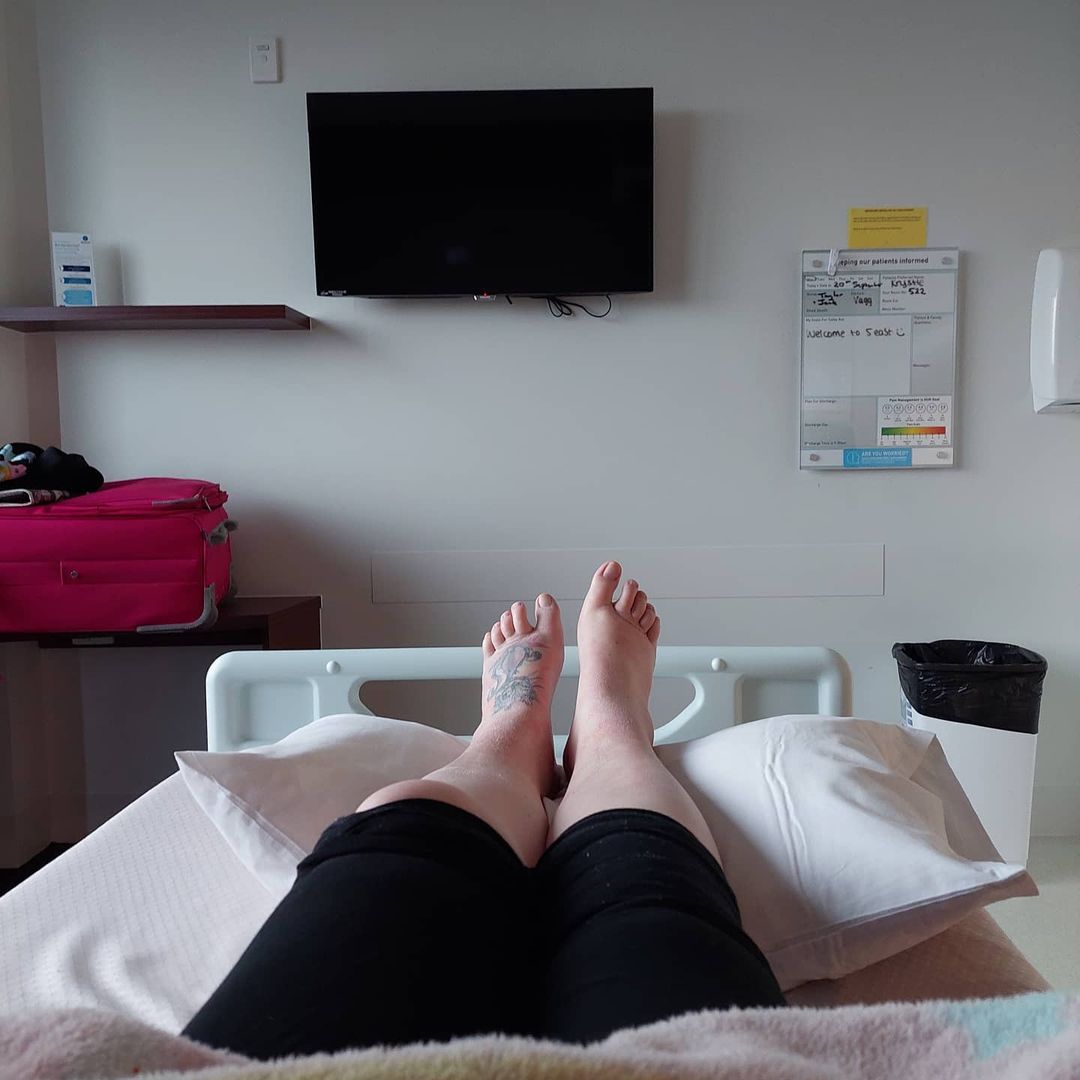 After the accident, I ended up in Neuro Rehab for a little under two years. I had no real understanding of real “life” and had social anxiety and a few other anxieties that come along with that kind of brain injury. I met a man who seemed to be the most charming man I had ever met. He was a lot older than me and promised to take care of me. He took care of me alright. He was a psychopathic monster who controlled me, tortured me, beat me, strangled me, and used my children against me for eleven years until I fought my way out, alive. That is a much bigger story, filled with a lot of pain that I learned to hide and cover up.

To this day, he is still running.

A Pause in New Painful Events…Mostly

After a few years, I met my new husband, Jeff Clarke, Co-President of ComplexTruths, Inc. Jeff adopted my children, and we lived happily ever after.

We had fun. I lived the childhood I didn’t remember. We went camping, boating and I remembered how to waterski which was amazing.

For a minute, until I fell wake-boarding one day on the river, and when my face hit the water, I herniated a disc in my neck and the pain from my past war wounds instantly caught up with me.

Suddenly, the truck that hit me, the trauma from the strangulations, head bashings, being hit by my ex-husband’s car, and other things that he did to me, all caught up with me and my pain levels were so high that I couldn’t function anymore. Just like that. My fun, re-live a childhood I didn’t remember but saw pictures of, was over. 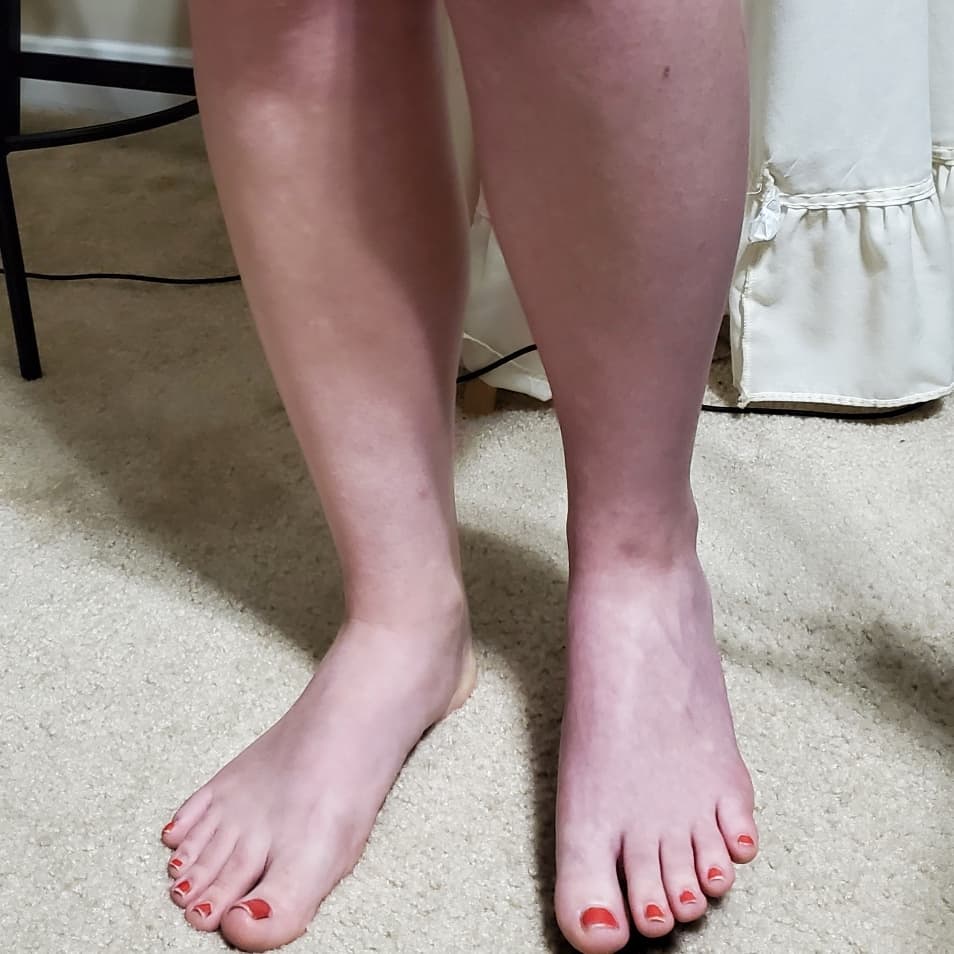 I went to the doctor and after a slew of tests on my neck, and a Stand-Up MRI where I had Gadolinium Injected into me, where I went into anaphylactic shock from the allergic reaction, I was sent to a Pain Management Center. It was then that I was told that I had Degenerative Disc Disease, herniated disc’s, bone spurs, and would need to have my spine fused from my C-3 to my C-7. I was only 33 years only and I spoke with one surgeon who told me I was way too young to fuse that many vertebrae at one time.

I began a cycle of Pain Management treatments; including Radio-Frequency Ablations, Sympathetic Nerve Blocks, Cortisone Treatments, Botox, and I would go through this horrible, torturous cycle every 2-4 weeks for years and years.

The Third Most Painful Event – CRPS

I thought I had my life figured out. In fact, I did have my life figured out. I was “functional” with my treatment cycle. It was awful, but I was used to the awfulness of it, and when I wasn’t getting a nerve burned, or a nerve block, or a cortisone injection, or botox for my migraines, I was able to hold down a full-time job in the IT world. I worked at GoDaddy as a Program Manager building machine learning and personalization infrastructure and I was happily climbing the corporate ladder.

And then, in February of 2018, eight years after I had married my husband and best friend, ten years after I had escaped the monster that tortured me, and tried to murder me and hurt my children, life handed me the biggest bag of lemons that I could ever be handed.

I fell down a mountain and ruptured my ACL, and tore my MCL and meniscus.

And if that wasn’t bad enough, my boss told me that I had to be back online and working 96 hours after my knee surgery or I would lose my projects, and so I did. My knee swelled up horribly from the long hours of working and within four days, the pain was so bad I couldn’t stand it. The discoloration was strange, the dark purple color of my leg and foot, and the burning was so intense I couldn’t stand sheets to touch my leg and started sleeping with a “tent” over my leg so nothing touched me.

That next Monday, my doctor un-officially diagnosed me with the worst thing anyone can be diagnosed with and live to tell about it — Complex Regional Pain Syndrome, CRPS.

I went home that night and googled it and found “Suicide Disease” and that’s when I knew it.

I knew that God had handed me more than I could handle.

Why I Do What I Do with CRPS 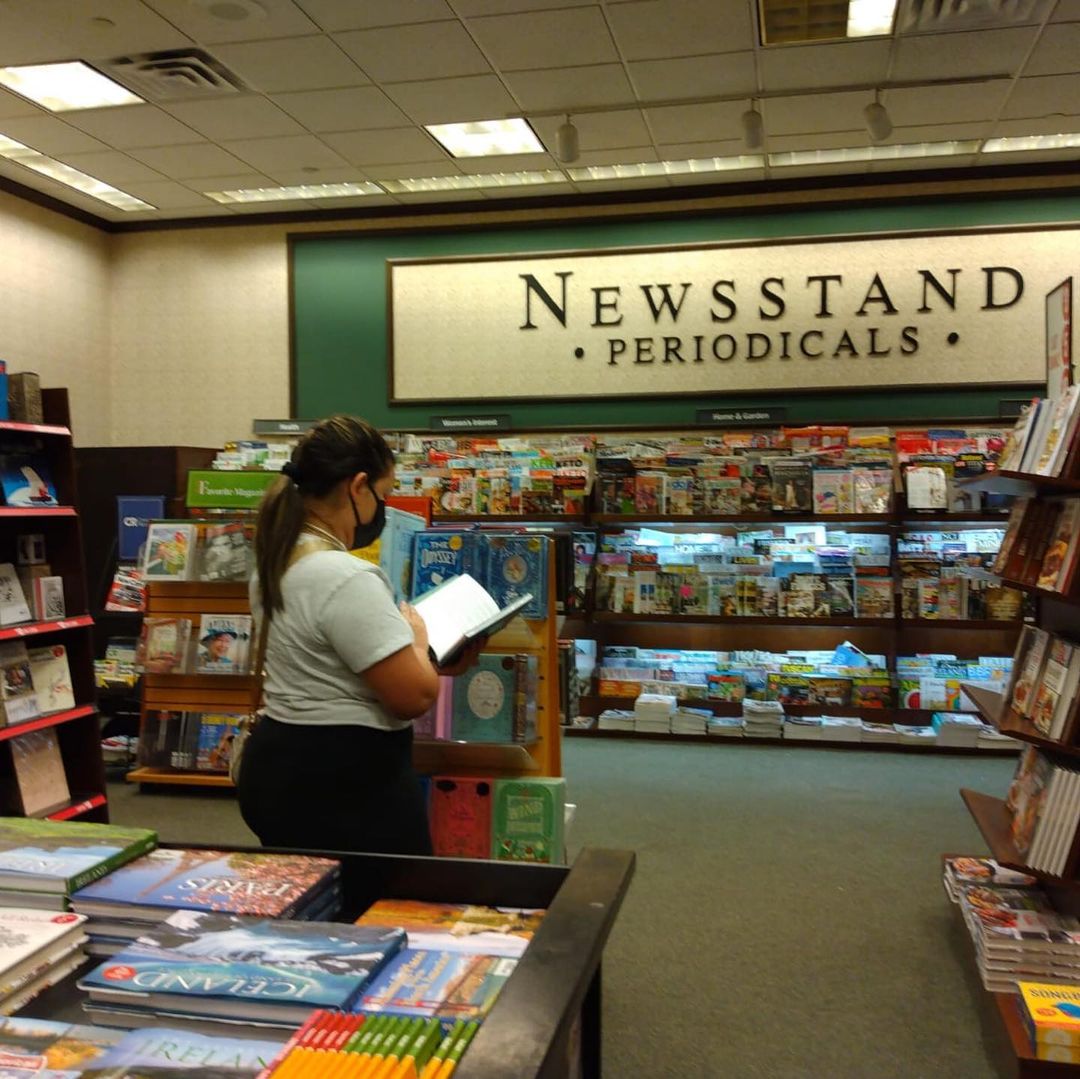 There is only one way out…forward.

Humble your hustle or how to interact online

While you might be Miss Independent, nothing truly gets done alone. Behind every strong boss lady is a support system. Whether that's a spouse,...
Read more

6 Tips to Stay Healthy This Summer!

Summer is the season where there is an abundance of fresh seasonal produce and long warm evenings to enjoy BBQs and parties with friends. ...
Read more

Outer Banks is a stylish teen drama on Netflix. It became a kind of escapism during the pandemic. On the screen we see a...
Read more

How to Start a Successful Food Blog on the Side